"Painting in the language of dread" 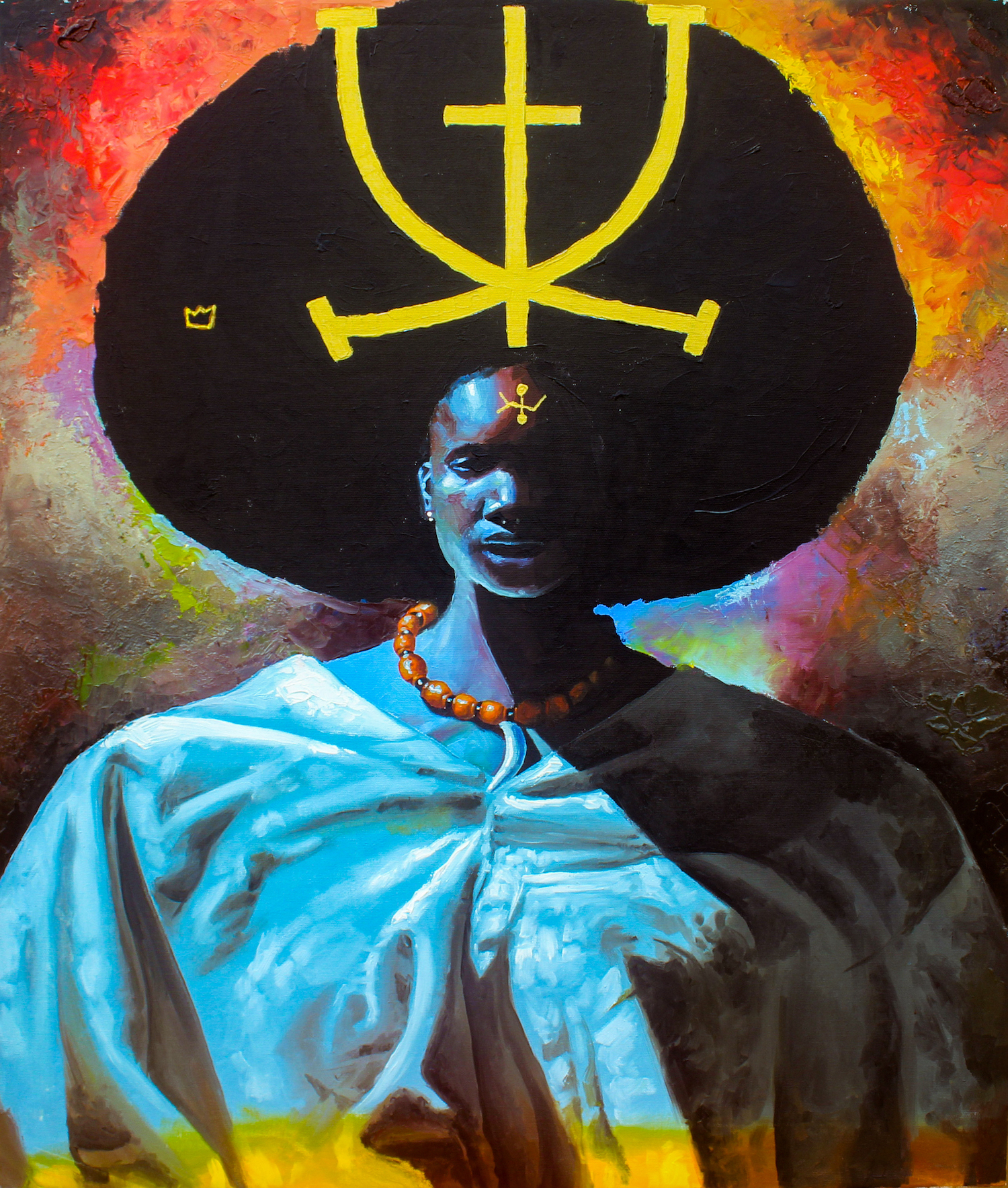 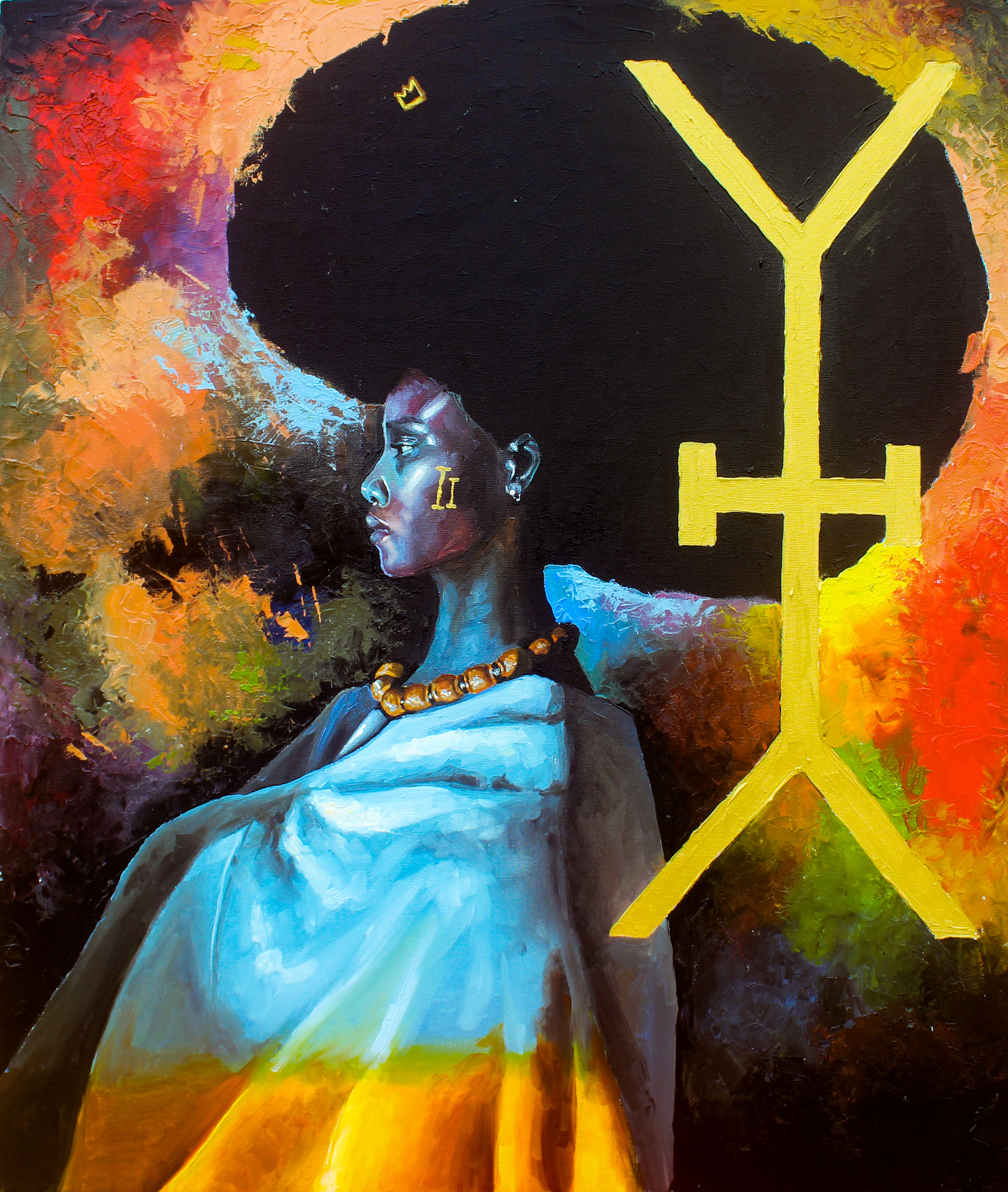 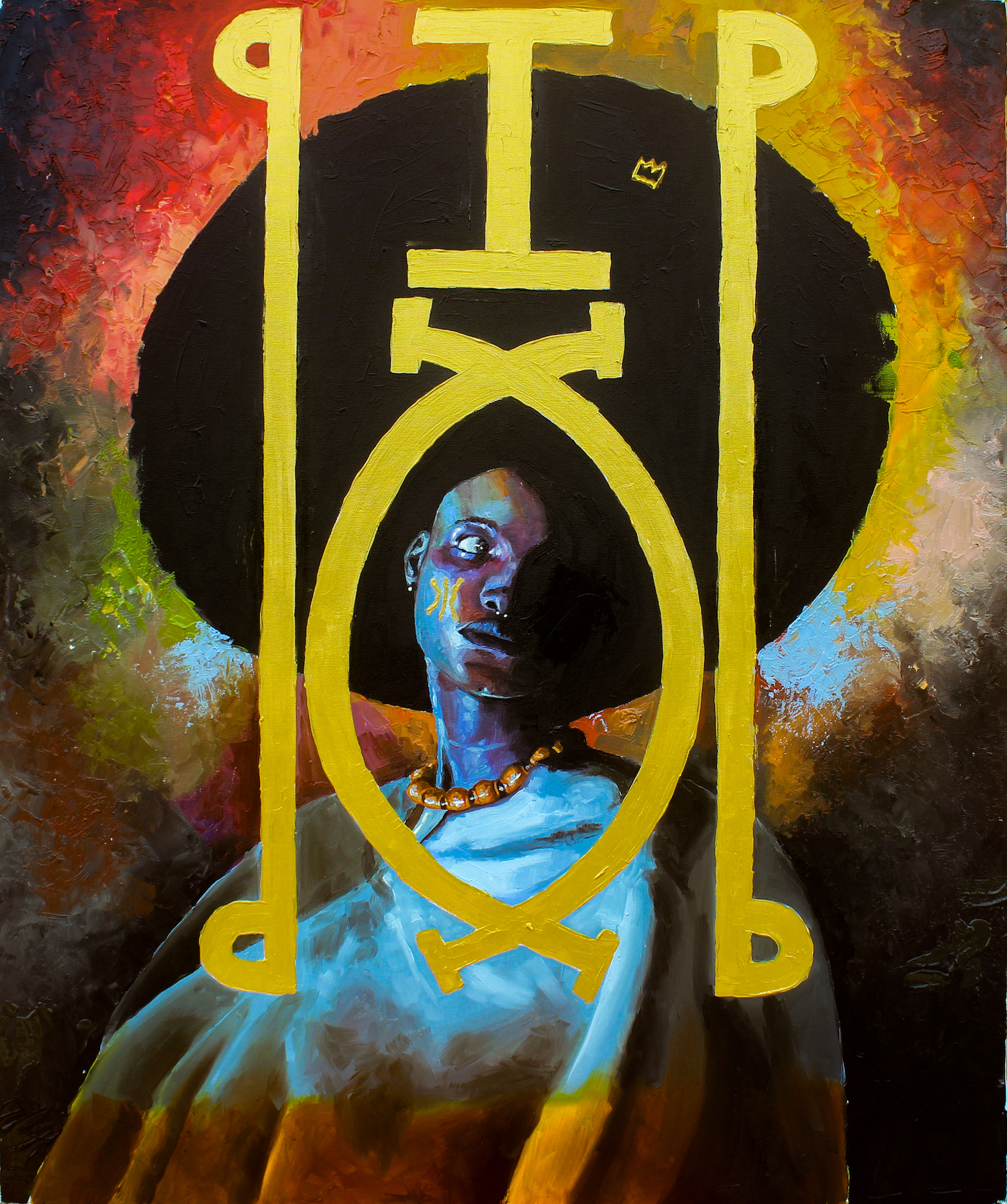 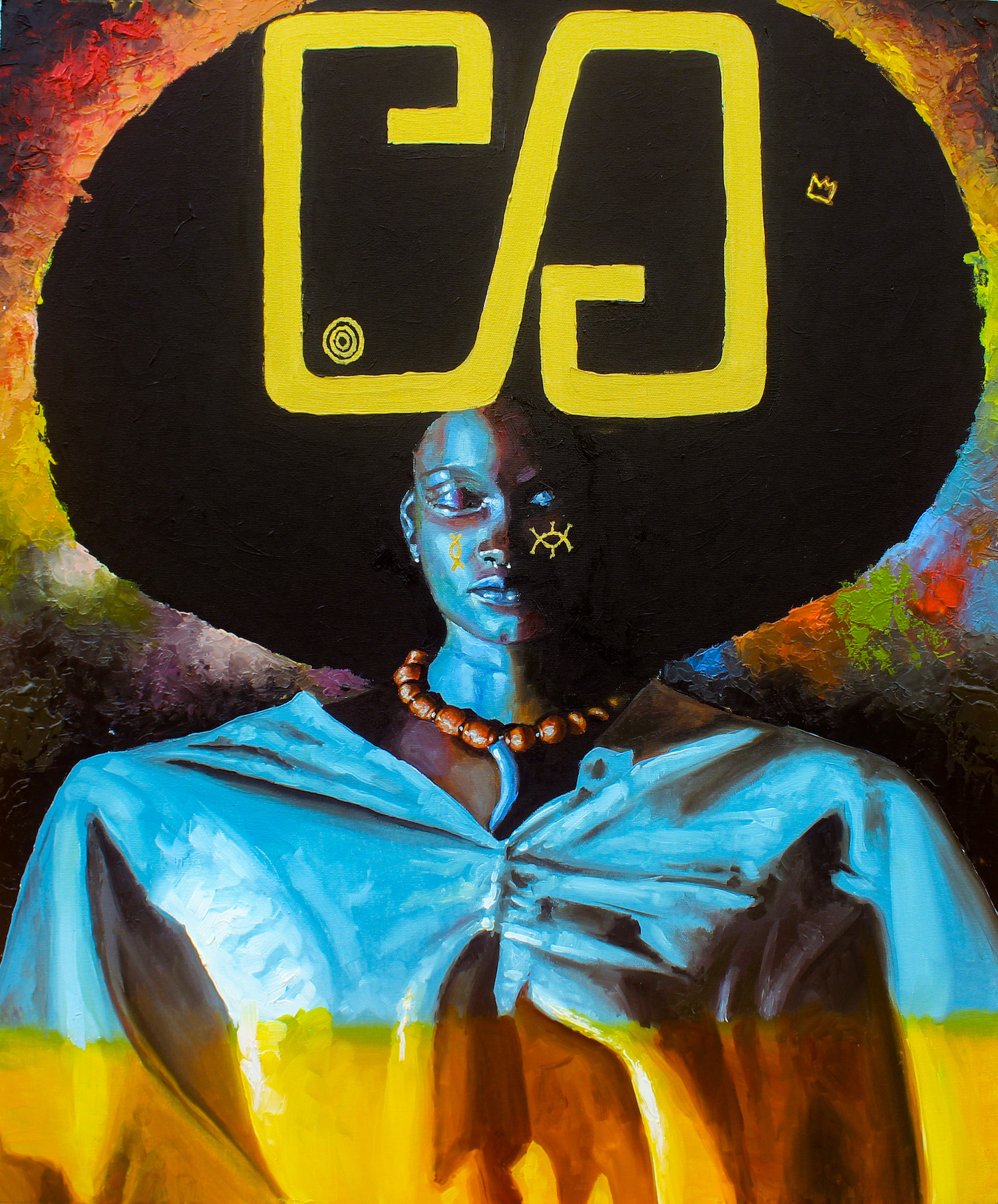 His stylized figures show the use of the artistic devices of elongation and exaggeration and his unique style of painting the iconic afro hairstyle. These are his ways of celebrating and negotiating African identity. Prosper grew up drawing comics and characters which enabled him understand the human figure and expressions properly, after which he became a full time studio artist in 2017. In traditional African art visual codes, the exaggeration of the head in comparison to other parts of the body is a well-known visual strategy to establish the head as the seat of wisdom and intellectual prowess according to the beliefs in parts of Africa. Prosper plays with the size, forms and presentation of the head of the figures in his paintings as a visual pun to challenge what he considers a one-sided narrative about the size of the head in traditional African art. His style of painting rich afro hairstyles and golden crowns on the heads of his figures are meant to ennoble and dignify the subjects in his work. Prosper's work does not aim to rehearse the negative stereotypes in African people in relationship with other races; instead, he strives to look beyond negative experiences by painting luscious images of the African people resplendent in beautiful apparel and striking pieces of diadem. These crowns represent the great potential of Africa, which he believes will one day unravel in the fullness of time.

Born and raised in Nigeria, West Africa, Aluu Prosper makes figurative and expressive paintings. Prosper studied at the Federal University of Technology Owerri, where he learnt Building technology with an architectural background on designing. He also acquired expertise in graphic design, illustration, 3D modelling, video editing and animation.  In 2018, he had his first official art exhibition where he won the Peace Poster award for his painting on Peace at the ANBUKRAFT. He has participated in severalexhibitions and competitions since then and has won some of them. In 2020, he was signed as a brandambassador to TECNO mobile Nigeria on a one year deal. His works has appeared in countries likeSouth Africa, United kingdom, United States, Canada, Japan e.t.c. Nigeria, b. 1999