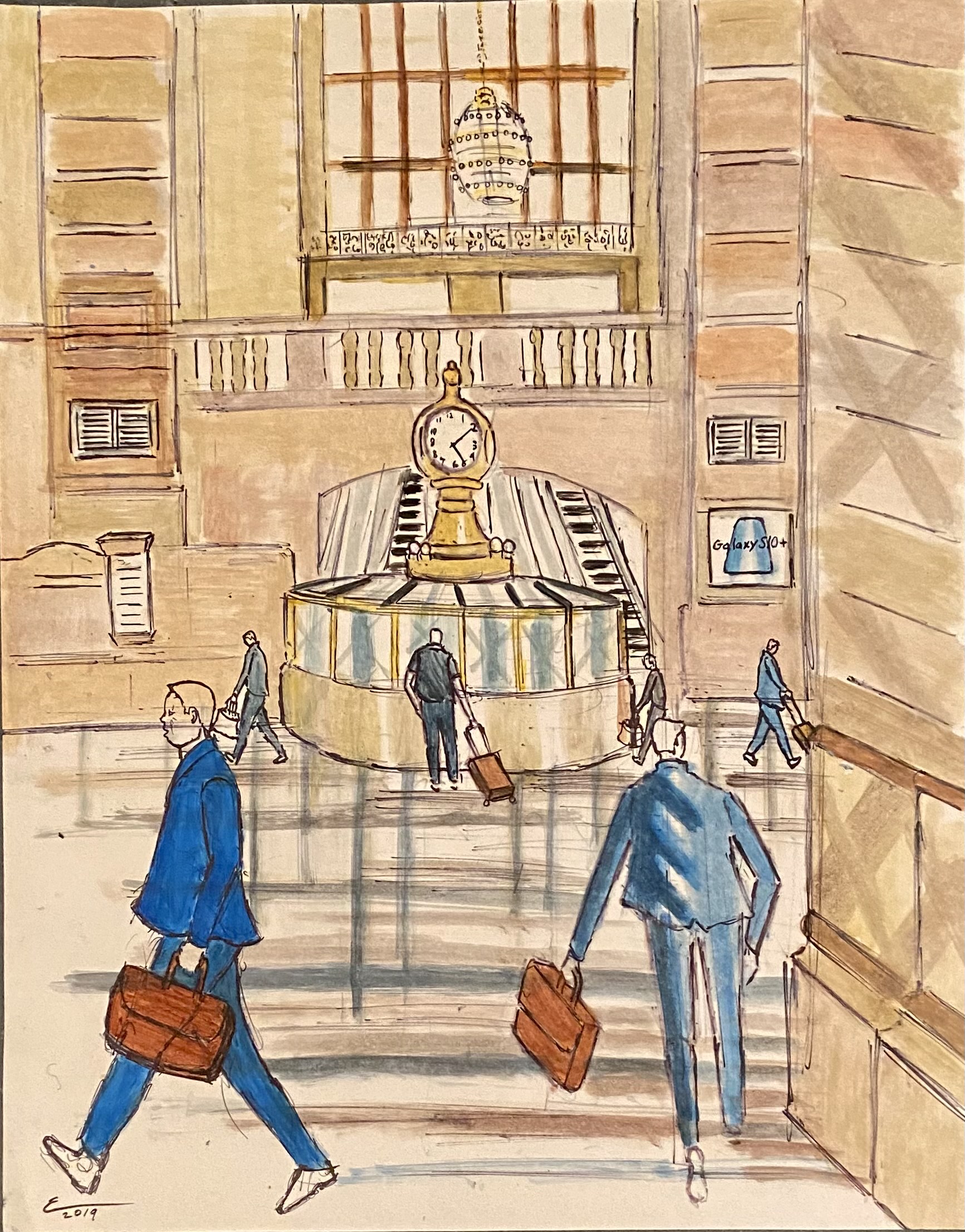 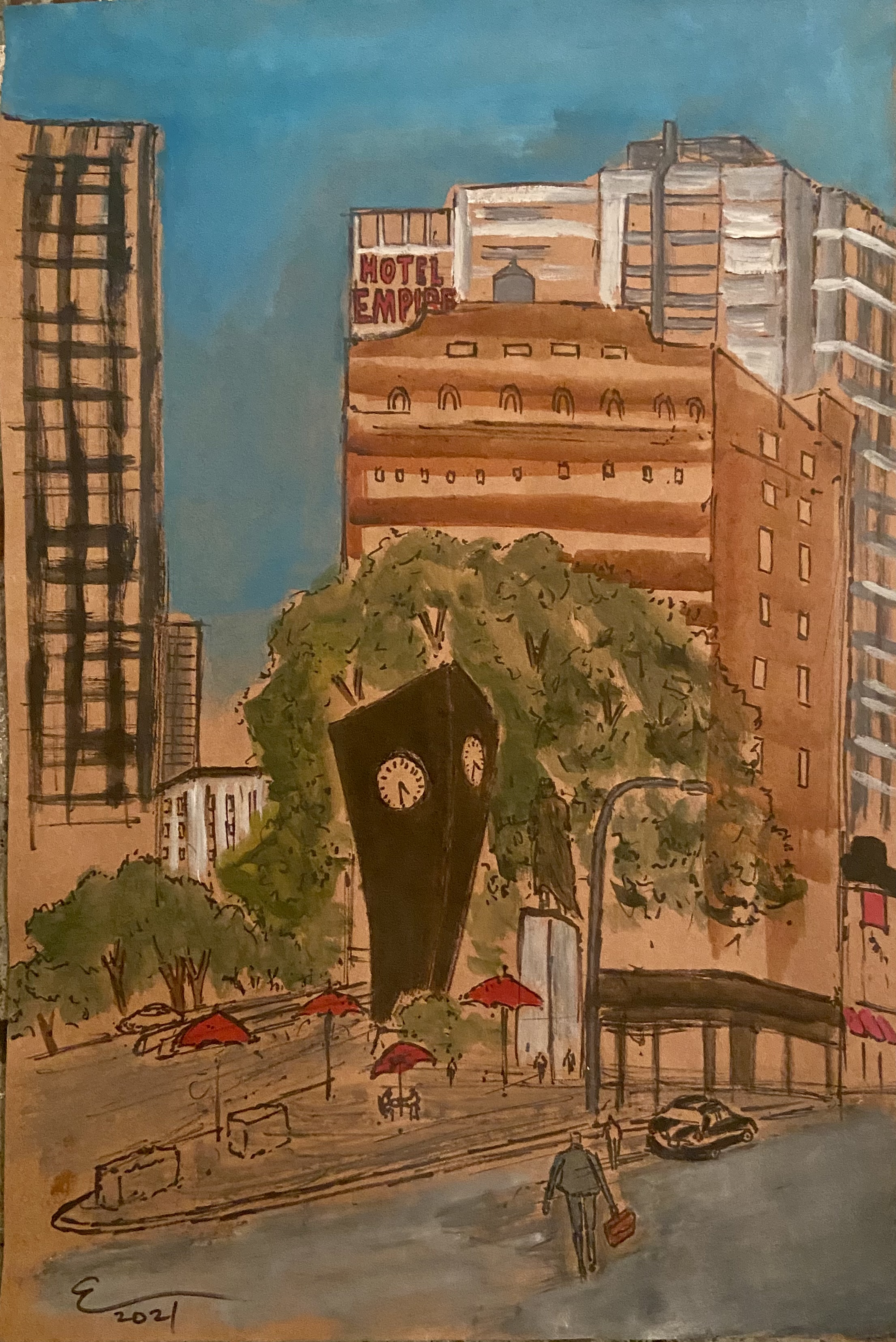 Enrico Miguel Thomas is an emerging New York City Artist, also known as the “The Subway Artist of New York”. His work has been locally featured on NY1 news and Fox 5. His art has also been reviewed by amNY newspaper in the beginning of his career and by the New York Times when Enrico was a constant presence at the 72nd St Subway Station on Manhattan’s upper west side.

He has also received international exposure having had his work featured on Mesamashi TV of Japan and also reviewed by La Stampa newspaper of Italy. Enrico Miguel Thomas earned a BFA from his alma mater, Pratt Institute in Brooklyn, New York in 2006, ending his studies there with an exhibition about construction equipment and industrial spaces with his thesis presentation.

After graduating he decided to continue in this artistic genre by extending his ideas into the New York City Transit System. He went underground into the intricate and congested subway system drawing and painting virtually every day!

Eventually Enrico would use the actual New York City Subway map as his drawing paper, resulting in a most interesting collaboration of his signature architectural style with the abstract quality of the subway map. Enrico has exhibited his work at The Adam Clayton Powell State Building, The City Reliquary, and has also received the opportunity to speak at and hold a children’s drawing workshop at the Transit Museum in Brooklyn. His work is also on display in buildings around Manhattan. Some notable collectors of Enrico’s art include celebrity photographer Richard Corman, Misty Copeland, and actors Carl Weathers and Dane DeHaan.